Serving the Space Coast since 2001

Through Dreams We Design, With Vision We Build.
TEXT US for QUICKER SERVICE!

Skyden Contractors is a local company, tons of experience, great craftsmanship and accomplishes the vast majority of the work with their own staff. If you’re looking for a remodel contractor be sure to call Skyden Contractors first. You’ll be glad you did. read less

An enormous thank to Skyden Contractors. Our entire encounter with Eric, Junior, and Chris was... read moreAn enormous thank to Skyden Contractors. Our entire encounter with Eric, Junior, and Chris was five stars! We hired them to rebuild our chimney and replace the soffit. These gentlemen went above and beyond from day one. We had an insurance claim on our roof with another contractor, who Eric reached out to in order to coordinate things and help all of the work run smoothly. Junior took the time to oversee his crew and inform us of the potential issues seen in our roof that was just completed. This was a tremendous help and we ended up with a better roof replacement/repair because of this. The soffit work was done perfectly and they took the time to reinstall my cameras and reposition the way we wanted them. The chimney was in terrible shape. Junior and Chris tore the chimney apart and rebuilt it, added extra support, dried it in, installed a new cap as well as Hardy board siding, then painted everything. It looks brand new as if nobody was ever there, only better! I can’t say enough good things about our experience with them and look forward to having them do more work for us in the future! read less

The owner Eric, was very professional. Whenever there was a problem with supplies, he let us know right away. The workers J.R., and his assistant, who I regrettably can't remember his name, were exceptional! They showed up everyday on time. They were very respectful to myself, my husband, and our home. I am extremely pleased with their work, and the outcome of my kitchen. I highly recommend this company to anyone who is looking to do renovations. read less

4 Telltale Signs You Should Start Thinking About Contacting a Melbourne, FL Kitchen Renovation Contractor to Discuss

Is your existing Brevard County kitchen short on space? Does it look lackluster? Does the current design simply not speak to your taste? Whatever the case may be, if a full kitchen remodeling project is in your plans, contact Skyden Contractors, Inc.!

As a premier kitchen renovation contractor, our Melbourne, FL kitchen designers can assist you with creating a space that will not only function for your needs, but that will also reflect your unique style. To find out how we can make the kitchen of your dreams a reality, call 321-499-4282 today! 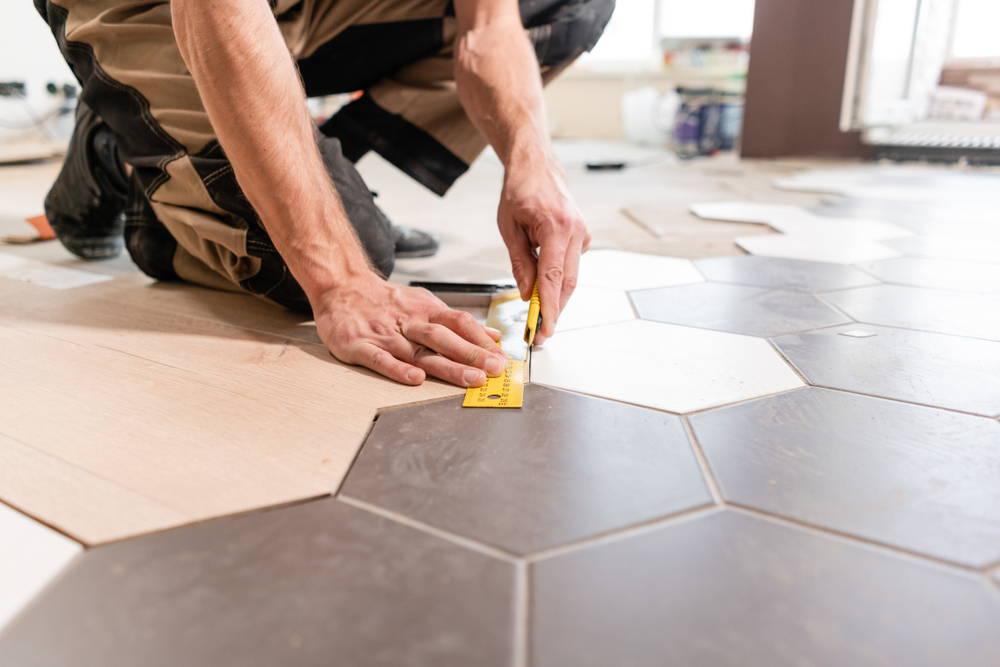 Of all of the rooms in your Brevard county home, the kitchen is the most important. It’s the space where you and you prepare and share meals with your loved ones, sneak midnight snacks, help your kids with their homework, have important conversations, and make lifelong memories. The kitchen is quite literally the heart of your home.

Since it’s so integral, your Brevard County kitchen should not only be functional, but it should also be aesthetically pleasing and inviting; it should be a space where you really enjoy spending your time. With that said, if any of the following describes the current state of this vital part of your home, you should seriously consider contacting a Melbourne, FL kitchen designer to discuss a remodel.

The Layout Doesn’t Work for Your Needs

The layout of a kitchen has a direct impact on its functionality. If the current layout of your Brevard County kitchen is awkward or it just doesn’t work for your needs – the oven is far away from the prep space, the placement of the oven prevents you from accessing cabinets or drawers when the door is opened, or the dishwasher isn’t anywhere near the sink, for example – using the space is probably a pretty frustrating and even hazardous.

Experienced Melbourne, FL kitchen designers will be able to reconfigure the layout of the space so that it functions for your needs and is enjoyable to use.

Prep and Storage Space are Limited

Whether you’re a chef who loves to cook homemade meals or microwave dinners are your specialty, your Brevard County kitchen needs to offer enough space to prep your food and store dishes, utensils, gadgets, and supplies. If the prep and storage space in your current kitchen is limited, contact a kitchen renovation contractor. Experienced Melbourne, FL kitchen designers will create and install a design that will enhance the prep and storage space, and that will improve the overall function of your Brevard County kitchen.

If your current kitchen looks like a relic from a bygone era, you should definitely consider consulting with a Melbourne, FL kitchen designer. Dated kitchens aren’t very visually appealing, and they aren’t really efficient, either. Older appliances can drain a lot of power and hit you in the pocket as they drive up your utility bills. With the professional insight from an experienced kitchen renovation contractor, the space can be brought into the 21st century so that it’s more aesthetically pleasing and energy-efficient.

It Doesn’t Speak to Your Style

Even if your Brevard County kitchen is relatively new, if it doesn’t reflect your personal taste, you probably aren’t going to enjoy using the space as much as you should. For instance, if rustic-inspired design speaks to your style but your current kitchen is modern or traditional, or if you like contemporary design but your existing kitchen has a country flare, you should really think about getting in touch with a kitchen renovation contractor.

Talented Melbourne, FL kitchen designers will be able to overhaul the look of the space so that it truly speaks to your one-of-a-kind style.

Whatever the reason, if you’re thinking about a full kitchen remodeling project, for the best results possible, get in touch with Skyden Contractors, Inc. in Melbourne, FL kitchen designers that Brevard County homeowners recommend most: Skyden Contractors, Inc.. Our team of talented kitchen renovation contractors will completely transform the space and will make your kitchen the favorite room in your house. For more information or to request a free, in-home consultation, call 321-499-4282 today!

Some information about Melbourne, FL

Melbourne is a city in Brevard County, Florida, United States. It is seventy-two miles southeast of Orlando. As of the 2010 census, there was a population of 76,068. The municipality is the second-largest in the county by both size and population. Melbourne is a principal city of the Palm Bay – Melbourne – Titusville, Florida Metropolitan Statistical Area. In 1969, the city was expanded by merging with nearby Eau Gallie.

Evidence for the presence of Paleo-Indians in the Melbourne area during the late Pleistocene epoch was uncovered during the 1920s. C. P. Singleton, a Harvard University zoologist, discovered the bones of a mammoth (Mammuthus columbi) on his property along Crane Creek, 1.5 miles (2.4 km) from Melbourne, and brought in Amherst College paleontologist Frederick B. Loomis to excavate the skeleton. Loomis found a second elephant, with a ‘large rough flint instrument’ among fragments of the elephant’s ribs. Loomis found in the same stratum mammoth, mastodon, horse, ground sloth, tapir, peccary, camel, and saber-tooth cat bones, all extinct in Florida since the end of the Pleistocene 10,000 years ago. At a nearby site a human rib and charcoal were found in association with Mylodon, Megalonyx, and Chlamytherium (ground sloth) teeth. A finely worked spear point found with these items may have been displaced from a later stratum. In 1925 attention shifted to the Melbourne golf course.

A crushed human skull with finger, arm, and leg bones was found in association with a horse tooth. A piece of ivory that appeared to have been modified by humans was found at the bottom of the stratum containing bones. Other finds included a spear point near a mastodon bone and a turtle-back scraper and blade found with bear, camel, mastodon, horse, and tapir bones. Similar human remains, Pleistocene animals and Paleo-Indian artifacts were found in Vero Beach, 30 miles (48 km) south of Melbourne, and similar Paleo-Indian artifacts were found at the Helen Blazes archaeological site, 10 miles (16 km) southwest of Melbourne.

Here are some construction-related links:

Our aim is to continually exceed the expectations of our client to deliver quality results at a fair price.